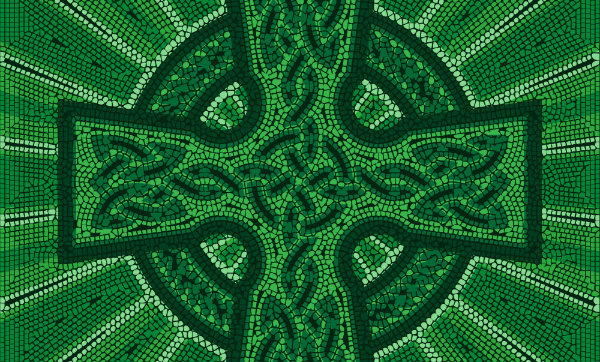 The below is an excerpt taken from a longer post on desiringgod.org.

Saint Paddy’s Day is for the pagans.

You might say it that way, and then carefully wash your Christian hands of all the carousing and empty revelry that makes all things Irish into an excuse for a godless spring party. But you might say the same thing, and mean it not as a call to circle the wagons, but to charge the hill.

Deep beneath much of what the day has become is the inspiring mission of Patrick pioneering the gospel among an unreached people, despite the frowning face of the church establishment. Saint Patrick’s Day, in its truest meaning, is not about avoiding the lost, but bringing them good news. It turns out Saint Paddy’s Day really is for the pagans.

The Gospel to the Irish

The March 17 feast day (first declared in the early 17th century) remembers Patrick as the one who led the fifth-century Christian mission to Ireland. Unlike Britain, the Emerald Isle lay beyond the bounds of the Roman Empire. The Irish were considered uncivilized barbarians, and many thought their illiteracy and volatile emotions put them outside the reach of the gospel.

But Patrick knew better. In a strange and beautiful providence, he had spent six years among them as a captive, learned their language, and developed a heart for them. Like Joseph sold into slavery to one day save Egypt and his brothers, God sent Patrick into slavery to ready Ireland for a coming salvation.

Patrick was born in the late fourth century — many speculate around 385 — in what is now northeast England. He was born among the Celtic “Britons,” to a Romanized family of Christians. His father was a deacon, and his grandfather a priest. But his parents’ faith didn’t find a place in his heart in his rearing. In his youth, according to George Hunter, “he lived toward the wild side” (The Celtic Way of Evangelism, 13).

But God soon arrested him with severe mercy. Kidnapped at age sixteen by Irish raiders, he was taken back to the island, where he served as a slave for six years under a tribal chief, who was also a druid. While in bondage in Ireland, God unshackled his mind and opened his eyes to the gospel of his childhood.

“God sent Patrick into slavery to ready Ireland for a coming salvation.” Tweet
And so, as a captive, “he came to understand the Irish Celtic people, and their language and culture, with a kind of intuitive profundity that is usually possible only, as in Patrick’s case, from the ‘underside’” (14). When he eventually escaped from slavery in his early twenties, he was a changed man, now a Christian from the heart. He studied for vocational ministry, and led a parish in Britain for nearly twenty years.

That could have been the end of the story. But at age 48 — “already past a man’s life expectancy in the fifth century” (15) — Patrick had a dream, which proved to be his own Macedonian Call (Acts 16:9). An Irish accent pled, “We appeal to you, holy servant boy, to come and walk among us.”

Having known the language and the customs from his captivity, and having long strategized about how the gospel might come to the Irish, he now answered the call to return to the place of his pain with the message of joy. The slave returned to his captors with good news of true freedom.

Back in Saint Patrick’s Day

But this would be no ordinary mission. The Irish Celtics were “barbarians.” They may have had a few Christians among them, but as a people, they were unreached, with no thriving church or gospel movement.

“Patrick, the former slave, returned to his Irish captors with good news of true freedom.”
Patrick would take a different and controversial approach to the prevailing missionary efforts of the fifth-century church. Instead of essentially Romanizing the people, by seeking to “civilize” them with respect to Roman customs, he wanted to see the gospel penetrate to the bottom of the Irish culture and produce an indigenous movement. He didn’t mean to colonize them, but truly evangelize them.

While Patrick’s pioneering approach is increasingly celebrated today — and is a model, in some respects, of the kind of mission needed in our increasingly post-Christian society — most of his contemporaries weren’t impressed. “The British leaders were offended and angered that Patrick was spending priority time with ‘pagans,’ ‘sinners,’ and ‘barbarians’” (24).

But Patrick knew such an approach had good precedent. The one who saved him while a nominal Christian and an Irish captive was once called a “friend of tax collectors and sinners,” and said, “I came not to call the righteous, but sinners” (Mark 2:17). The stakes were high, but he knew it was worth the risk.

Instead of acquiescing to the religious establishment, Patrick took the gospel to the uncouth, and ventured all for the unreached Irish. Instead of coasting toward a cushy retirement, he gave nearly three decades to the nation-transforming evangelization of Ireland. Patrick truly was for the pagans.

According to tradition, Patrick died March 17. Many think the year was 461, but we don’t know for certain. While today’s trite celebrations may leave much to be forgotten, for those who love Jesus and the advance of his gospel, Patrick has left us some remarkable things to remember. And to learn from.

That's cool to know! Can't wait to share with the family.